The talk was of me writing about “the best places to eat in the city of Valencia, and I immediately felt slightly inadequate. Valencia does have its swanky Michelin-starred restaurants – Ca’Sento, Torrijos, La Sucursal and Alejandro del Toro last time I looked. I have eaten at three of them, and the food was undoubtedly excellent. The one I have yet to try is in fact Ca’Sento, nearest to where I live. I’ve been unnerved by the post-modern cladding added as a façade to give concrete expression to its progression from family-run diner to temple of gastronomy, and rather terrifyingly I can’t seem to identify the door whenever I walk past. As so often with glamorous restaurants, in my case, you go once to celebrate or out of curiosity or by accident and then you rather feel you’ve ticked them off. Torrijos we went to on our first visit to Valencia before moving here, without realising it was so classy, but it was at least open in August. You soon got the picture on entering, with staff tiptoeing about wearing a sort of hi-tech monastic robe. I was educated by Benedictines and am sensitive to this particular look, but the food was great and the pound sterling was strong back then. I remember various intriguing takes on traditional paella recipes, pig’s ear and artichoke for me, if I remember right. La Sucursal is in IVAM, Valencia’s once thriving now dullish (since the current Tate Modern director Vicente Todolí moved on and politically-appointed successors took over) modern art museum. La Sucursal is also very much the modern Michelin-starred restaurant, with the quiet hum of conversation accompanied by the clinking of cutlery and jewels. Food and service are impeccable and you may have the pleasure of meeting Manoli Romeralo, the sommelier who was the first woman to win the International Habanosommelier competition in Cuba. She has also created a mineral water list of over thirty different types to go with different dishes, if that’s your kind of thing. As for Alejandro del Toro , we once dropped by on the off chance, and were greeted with patronising smiles at our thought that they might have a table available. Months later, I finished a tricky but lucrative job and decided to celebrate by booking at Alejandro. The usual rigmarole, “yes I think we may be able to fit you inâ€¦can we have a phone number to contact you atâ€, then when we arrived we dined in magnificent isolation, the only people to come through the door all evening – it was overwhelming to have the five-star service directed solely at us, and it was a great meal, but it would have been nice to have a few other people around. (Photo by Peter Gutierrez) Anyway, what I’m really saying is that you will eat wonderfully at these places in that Michelin-starred way, but I’d like to move on to say a bit about the few places that I eat with any regularity. The place nearest to home that we go to is Cervecería Juan on calle Islas Canarias, 60, where they have amazing and cheap seafood and other dishes, and where the owner, presumably Juan, rules the roost with great panache. Rather than issue a bill, he looks at your table and announces a sum of money. I’m never quite sure whether I should be glad to be paying so little or that I should feel he’s making a comment on my scruffiness. Anyway, it’s small, it’s neighbourhood, it’s always full.

I also like Lágrimas Negras on Av. Francia and it’s younger sister restaurant Cómo Quieres Que Te Quiera on Av. Serrería, for their wines by the glass, their knowledgeable enthusiasm and their adventurous menús del día. Here is where I often find myself at semi-work lunches, meeting people for the first time and wanting to be in elegant surroundings but not appear too flash. I find myself at L’Azud further down Av. Francia for much the same reasons.

The happening neighbourhood of Valencia in gastronomic and other terms is definitely Russafa. It’s always good to dine around here as there’s inevitably a bar nearby for before and/or afterwards. Calle Sueca is the arterial street, and on this street we go to several places. La Lluerna for it’s fabulous wine list and even more fabulous wine-pricing strategy, that amounts to a standard 3-4 euro mark-up across all prices rather than the usual 100% or more – be sure to make a reservation as it’s getting more and more popular. We are also great fans of the Chinese restaurant at calle Sueca 65, great food at incredible prices, and my wife gets to practice her Chinese to the hilarity of the staff and other diners. Everything’s good, but you could go off menu and ask about their fiery spiced chicken with nuts, the oysters are good value and tasty, too. On this same street is the smart Italian Il Ritrovo and in calle Cádiz parallel you’ll find Basilico. I’d also recommend wandering around the neighbourhood and dropping in wherever takes your fancy. Everyone knows Casa Montaña down in El Cabanyal towards the sea. This is a grand old tavern with more modern dining area, great wine list and high quality traditional, old-fashioned tapas, which can add up in price if you really get stuck in. I go heavy on the wine and less so on the food.

Finally, I urge everyone who visits Valencia to go to L’Albufera to take a boat ride and enjoy the birdlife on this huge lagoon, Spain’s largest lake. The paellas in El Palmar are decent tourist fare, but I recommend that before or after the boat you head to El Saler and Casa Carmina, where I was taken first the technical secretary of the regional rice authority, no less, he insisting that it was the best rice restaurant around, and I see no reason not to agree with him.

There’s no accounting for tastes, but those are some of the restaurants where I take people who come to visit us, and here I offer them to a broader public for consideration. At least the bill shouldn’t be too hefty if you hate them. I like to kick-start the evening with a swift daiquiri in the Aquarium, where the regular customers may look fairly ancient, but they are no fools and they know that here they make the best cocktails around. 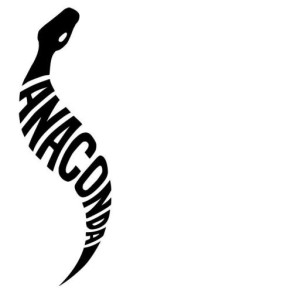