In the American restaurant scene, the Spanish small plates, “Tapas, ” are no conundrum. But say the word “Pintxos” (generally bread topped with a fish or meat mixture, especially popular in the Basque region of Spain) and you’ll lose a few people. Say the Portuguese word “Petiscos” and you’ll get a whole lot of blank stares. Are they all the same? Yes, kinda. Are they different? Yes, kinda. To make it more confusing, there are several other names by which these “small plate dishes” in Spain are called. But no synonyms for Petiscos come to mind.

There certainly are Tapas bars in Portugal, but they’re an adaptation of the Spanish fare and not interchangeable with Petiscos. In America, I have yet to come across a Petiscos-only bar the way I have with Tapas. Like Portugal itself, which despite making headlines these days with new successful chefs like George Mendes, owner of Aldea in New York City, and Luisa Fernandes, the champ of Food Network’s “Chopped,” it has for a long time often remained an anomaly to folks who mistook it for a part of Spain or Brazil. Unfortunately, petiscos remain too untapped in the mainstream restaurant circuit in this part of the world.

When it comes up in conversation, the question never fails: “Are they like Tapas?” To simplify, my answer is usually, “Sort of, but with a Portuguese twist.” However, the reality is that Petiscos, like Tapas, aren’t that easy to define. Unlike the image of several small plates served in earthenware that Tapas evokes, my experience eating Petiscos takes me to blue and white tiled taverns, or cafés, that have the reputation of specializing in a particular Petisco. Good recipes you can try at home might include bifanas (thin pork sandwiches) and caracois (snails) in an herby broth. Oftentimes, these places, especially the bifana joints, specialize in that particular dish, or maybe, just a handful of others, like soup. Also, the difference between a Tapa and Petisco may not lie so much in how they’re served, but in the seasoning of the dishes. Granted, this is still an ongoing investigation for me, so chances are that we’ll revisit this topic at a later date.

Just as Spain and Portugal’s histories are intertwined, so too are their culinary influences. But when it comes to spices, Portugal, which was once a superpower in the spice trade during the Age of Discovery, garnered a head start in perfecting some of their uses. Unlike Spain, who mostly colonized Central, and parts of South and North America, Portugal marked their presence in places like Goa in India, Macau in China, Mozambique and other African nations. The Spanish, and other European nations, had greater access to the exotic spices from such countries after the Portuguese overtook the spice trade from Venetian and Arab spice merchants and brought down the price of the coveted ingredients (saffron, curry, nutmeg, paprika, black pepper and others); whereby making them more readily available. From Brazil, Portugal’s only conquest in the Americas, it imported a variety of fruits and vegetables, including the tomato that is a base ingredient in their sauces and stews. Naturally, at some point, all of Europe, especially the Mediterranean, had access to these spices, and culinary repertoires started resembling each other’s as they had done before the spice trade when the Romans occupied Spain and Portugal, planting their olive groves, while the Moors introduced almonds and figs.

But the one spice that significantly distinguishes Portuguese food from its neighbors is their use of Piri-Piri, made from African Bird’s Eye Chili Peppers. It’s the signature ingredient in the Portuguese and African invention of spicy prawns called “Gambas a Mozambique.” Like Piri-Piri, curry is another strong spice that the Portuguese use sparingly in their dishes. Using such strong spices in moderate amounts is really the key to successful Portuguese cooking. Portuguese cuisine infuses just the right amount of heat, or spice, without dulling the Mediterranean base ingredients of the dish, such as onion, garlic, and olive oil.

The African, Chinese and Indian enclaves in Lisbon attest to this vibrant culinary history and make eating in the city a diverse experience; hence, it’s a shame to commonly see Portuguese and Spanish restaurants in America clumped into one. Or, even worse, when Portuguese restaurants choose to feature Tapas instead of Petiscos on their menus. For the true Petisco experience, a foodie has to make a pilgrimage to the taverns and cafes, especially those hidden gems in the backwaters of the country where rows of bifana houses all claiming to be king of the pork sandwiches. Despite the saturation of the nearly identical businesses, thanks to the Portuguese people’s quirkiness which leads them to pick one place over another based on minor details, they all tend to keep their doors open. (The thickness of a bifana is my pet peeve. Thinner is better, I tell you). And though the Portuguese may visit a bar to “petiscar” a bit of cured ham (presunto), cheese and olives similar to tapas, the ritual of going out for a Petisco consists of ordering the specialty of the house in great quantities and sitting there for hours eating and drinking. Wine is, of course, a staple on any Portuguese table, but when it comes to Petiscos, an icy cold beer is generally the drink of choice. The light and refreshing sparkling Vinho Verde is also a favorite option for this eating event. However you slice it, going out for a Petisco is certainly a favorite pastime of the Portuguese.

With Petiscos on my mind, I recently put on my chef’s hat and recreated a few of my favorite Petiscos dishes that you can try at home, including bifanas (pork sandwiches), salada de polvo (octopus salad), caracois (snails in a garlic broth) and pipis (chicken livers). Try them with a Terras do Sado white wine called Dona Helena, a blend of Fernao Pires, Arinto and Moscatel Otherwise feel free to crack open a Portuguese beer!

If you’d love a fabulous Petiscos tour in Portugal, or even a Tapas Tour in Spain, let us know! We’d love to build a custom tour for you! 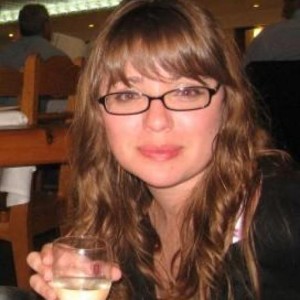