When we decided to relocate to Portugal from the States, I was ecstatic about the prospect of fresh seafood, seafood that was diverse, plentiful and all mine for the eating! With approximately six-hundred miles of beaches, succulent frutos do mar (seafood) exists along the entire coast, and that first night in Lisbon, I devoured half the country’s worth!

Since then, the country’s capital city has always laid claim to flavorful clams, shrimp, crab, and lobster, commonly served in a rich broth that begs to be sopped up with chunks of rustic Portuguese bread. These sauces are heavenly, addictive and perfectly suited to flavor new creations in the following days.

One such dish is Amêijoas à Bulhão Pato, clams sautéed in garlic and olive oil that are then steamed open with white wine. Raimundo António de Bulhão Pato, a poet from Lisbon, who had a reputation for love of food and drink is said to have noted the dish in his writings. This led to the dish being dedicated to him by way of name. Being so popular, Amêijoas à Bulhão Pato was entered, and came in as a finalist, in the national contest to choose the 7 wonders of Portuguese Gastronomy.

Walk into any Lisbon marisqueira (sea food restaurant) or cervejaria (pub or bar) and you’ll easily find a plate of clams with hunks of crusty or toasted bread just begging you to get down to the good part, that wine sauce! These are typically savored at the beginning of a meal or as a snack, but if you’re feeling greedy, they make a nice meal all on their own.

While some are in love with the luscious sauce produced by these tasty clams, there are those who prefer something a little easier to spread. Enter the sweet rich taste of crab, and not like you’ve seen before!

Sapateira, or brown crab, is a perfect example of using food to the fullest when it comes to Portuguese cuisine. The crustacean seems to have always been highly prized around the world, but in most places it’s only the claws and legs that get attention. Here nothing edible goes to waste.

With the coastal inhabitants having had a primarily pescatarian diet, this meant that nothing could be just “tossed” out. Such a recipe was made from crab where all the sweet meat, creamy insides, and bright orange roe come together, becoming everything that the adventurous eater craves! Then in the true spirit of “waste not, want not”, it’s served in the original crab shell.

There is a Portuguese saying that crab, and most of its sea brethren, are believed to be best eaten in the months that contain “R”. This makes the month long Sapateira Festival in Torres Vedras (September 4 – October 5) very time appropriate. During the month several restaurants participate in making crab “queen” with a various versions of the Portuguese favorite; Sapateira Recheada.

Tasting the liquid gold that comes from a pot of Amêijoas à Bulhão Pato (recipe) or scooping up some Sapateira Recheada (recipe) onto a little toast on Portuguese soil is the ultimate way to experience the country’s food culture. But what about when you get home and that craving for just a taste hits? Why get into the kitchen and whip up some memories and share them with friends and family!

If however, these recipes have piqued your interest and desire to taste them on Portuguese soil, why not let us put together a full custom foodie tour just for you! Then you can dip, sip and nibble your way through meaty scallops, fresh lobster and sweet crab, not to mention a wide variety of wines! Contact us today for more information! 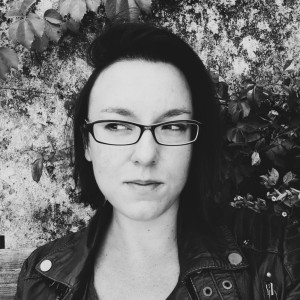